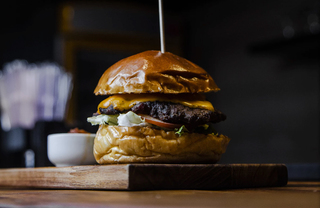 Who cares about 4th place? That might seem like a solid line of reasoning at first, but ask a resident at The Henry in Downtown Denver, or anywhere else around the city about being placed 4th on not only Zagat’s list of 30 Most Exciting Food Cities in America, but People Magazine’s 10 Hottest Foodie Cities as well, and you’ll learn there’s a substantial amount of pride that comes with making such a grade.

It’s an incredible testament to the City of Denver’s cuisine, and begs the question as to why and how. Denver’s far from a cosmopolitan, coastal hub like New York or Los Angeles, so just where did this inspiring culinary gusto start? What sparked this fire for great food? That’s what we’ll be exploring today, as we delve into Denver’s ascent to the upper echelons of foodie-elite.

As we alluded to above, on December 17, 2017, Zagat revealed its list of the 30 Most Exciting Food Cities in America. Coming in strong at number four was Denver, beating out other powerful contenders like Seattle, WA, Washington, DC, and New Orleans, LA. Just a few months later, on May 30, 2018, People Magazine released its own list of The 10 Hottest Foodie Cities in America, with Denver again taking fourth place.

Making two influential lists in less than a year’s time is no mean feat, so what has contributed to Denver’s seemingly-newfound food popularity? In part, it’s due to a nationwide phenomenon, as Zagat succinctly points out:

“It was an incredible year for dining across the U.S. in 2017. With chefs from New York, Chicago and San Francisco moving to smaller markets like Denver, Raleigh, Seattle and Charleston (among others), culinary innovation is booming in cities big and small.”

That makes sense. With top talent making moves to places like Denver, it’s only natural that they’d set up shop and bring with them the same level of quality that helped them stand out in other cities. With all the recent major restaurants opening up, it’s hard not to take notice. Bobby Stuckey and Lachlan Mackinnon-Patterson opened Tavernetta, Jennifer Jasinki opened Ultreia, Justin Cucci unveiled El Five, and Robert Thompson impressed with Punch Bowl Social.

And the new arrivals just seem to keep coming, as Eater’s September 2018 roundup of the 15 Hottest Restaurants in Denver shows. They’ve featured a good number of newer establishments, all of which have caught the Denver area by storm:

And it’s not hip new solo spots either. As Zagat also takes care to point out, Denver’s luxury hotels have been getting in on the action, playing host to adventurous new establishments of their own. From the article:

Then there’s the replication of the basic concept behind Stanley Marketplace in Zeppelin Station, providing culinary explorers a space to get creative with “experiential food and beverage concepts,” and raise the bar on what good food is all about.

Binding all of this new development together, however, is something that goes deeper than food alone. Tom Colicchio put it best, noting that “Denver’s strong network of cultural support would guarantee its future, nurturing the talents of tomorrow.” and People Magazine’s blurb on Denver’s newfound food-status echoed these sentiments, calling out the fact that “the city’s creative offerings aren’t only available on the table.”

Indeed, Denver’s one-of-a-kind vibe, combined with the influx of culinary talent and newfound interest in “making food great again” has kicked off a renaissance that will likely continue for years to come.

How to Enjoy the Greatness

Now, you’d be forgiven for just freestyling your way through some of Denver’s most hip and happening current restaurants. In addition to that great list from Eater we listed above, Zagat also has their own Denver shortlist, which details where they feel the buzz is strongest. Just pick a name off of either list and you’re bound to end up somewhere worthwhile with a satisfied stomach once it’s all said and done.

For a more complete experience, however, might we suggest the Amazing Denver Food Tour? From February through November, Savor Denver Food Tours is putting on this sampling of the Mile High City’s best downtown offerings, combined with an informative lesson on Denver’s history to accompany the tasty plates of food and a look at some equally interesting sites, like Denver’s oldest hotel, Union Station, Coors Field, Denver’s first jazz club, and the new Dairy Block.

It’s more of a multi-faceted experience than a simple food tour, and you’ll be impressed all the same. Starting at Marco’s Coal Fired Pizzeria and finishing up at Union Station. Along the way you’ll have 6 food tastings (with drink pairings if you so choose) and the guided tour that hips you to all those fine city landmarks. There’s just one thing to stay aware of upfront: while the tour can accommodate vegetarian and pescetarian diets, you’ll have no such luck if you’re asking for anything vegan, gluten-free, or dairy free.

Don’t Forget: The Henry in Downtown Denver Is in the Middle of it All

Beyond the cozy confines of its elegant residences, The Henry enjoys a location right in the midst of many a popular Denver haunt. With easy access to the light rail, it’s no trouble getting to where you might want to go, and the serene, residential setting means plenty of peace and privacy when you need it most. Even if you’re not a self-described foodie, you’ll find what you’re looking for at The Henry, so be sure to check it out and inquire about making this your brand-new Denver abode.