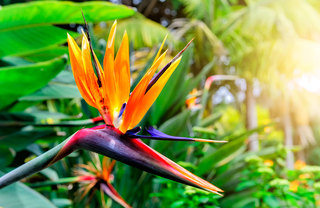 The Denver Botanic Gardens are likely no mystery to residents of the Denver luxury apartments. From York Street to Chatfield Farms, each Botanic Gardens location is one that’s a big hit with Denver citizens, and it seems just about everyone enjoys a relaxing day just strolling among the flowers. It’s not just about those free-form jaunts through the plants and flowers, though. The Botanic Gardens are also known for the special events that occur at their locations every year. This summer, there are three events in particular that will be of interest to hip Denverites looking for a good time, and we’re going to touch upon some of the details today.

Perhaps the biggest draw for the Botanic Gardens on York Street is the Summer Concert Series. Within the gardens is the UMB Bank Amphitheater, dubbed one of the “Denver’s most beautiful outdoor music venues.” It makes sense that it’d see some use during the summertime (when the weather is right) and these concerts, as the official description states, “offer an unrivaled ambience of thousands of blooming plants and the crystal clear music of some of the world's most sought-after artists.”

Who might some of those artists be? The lineup is a long one, but includes names like Ziggy Marley, who will be performing Tuesday, July 2nd. Son of legendary Bob Marley and Rita Marley, reggae music runs through his veins, you might say, and the 50-year-old musician is still putting out new music and touring regularly, keeping his skills sharp and creativity high. He’ll be accompanied on Tuesday by Tubby Love and Amber Lily, and the show starts at 6:30PM.

Other standouts from the concert lineup include Michael McDonald, who will be performing on July 18th. This is a name that requires little introduction, as McDonald has been a well-known name since his mid-1970s Doobie Brothers years, but it’s important to note that his career encompasses so much more, and this is a performer who has managed to evolve through the years and keep his craft strong. McDonald will be joined by Strange Americans, starting at 6:30PM.

The Summer Concert Series will even include a performance from the inimitable John Hiatt. With about half-a-century of performing experience under his belt, the man knows how to put on a show. This time, he’ll be doing a strictly “acoustic evening” featuring stripped down variations of many classics. Hiatt will be joined by Logan Leger, a Bay Area singer and songwriter, starting at 6:30PM.

There will be even more great talent at the Summer Concert Series, so be sure to check out the complete lineup to learn more about the different artists who will grace the stage. This is going to be a big event that lasts for a good portion of the summer (July and August). It won’t be the only event to check out this summer, though, as we’ll see next.

Do you like lavender? It looks great, it smells fantastic, and it’s the impetus behind events like the upcoming Lavender Festival at the Botanic Gardens’ Chatfield Farms. There will be more than 2,000 lavender plants here, for a family friendly event that will also include plenty of additional attractions:

For those educational programs and the tours alike, you’ll need to register in advance. Technically, walkups for the classes and programs is possible, but space runs out quickly, so putting your name on the list gives you the best chance at securing a spot. The classes include topics like “Lavender-Inspired Herbal Skin Care,” “Cooking With Lavender,” and “Growing Lavender in Your Landscape.”

As for the kinds of lavender you’ll get to see at the festival, the list includes some twenty-six varieties, each with their own unique properties, tendencies, and specific flowers and colorings. Read over that list, and you’ll also find tips on common ways to use lavender, as a cooking ingredient, decoration, and medicinal plant.

Translated as “Celebration of Flowers,” the Fête des Fleurs is when special guests, supporters of the Botanic Gardens, and leaders from the community get together for a fancy black-tie party that runs from 6:00PM to midnight. It’s going down on August 23rd, at the York Street location, and will include “cocktails and hors d’oeuvres, an elegant seated dinner, dancing to live music and late night after-hours cocktails.”

As a fundraising event, a central topic of the evening will be supporting the Botanic Gardens. Supporters from last year’s Fête des Fleurs contributed over $400,000 to the Gardens’ coffers, which was used to help fund their “children’s education, public outreach, horticulture, research and conservation” programs.

This news might inspire you to learn more about how you can help out the Denver Botanic Gardens, and opportunities most assuredly abound. You could volunteer, for instance, on a long-term basis, or through one of their short-term programs that help them fill their staffing needs for special events and other one-off occurrences.

Charitable donations are also welcomed by the Botanic Gardens, with several ways for you to help grow the Gardens with financial support, including:

Regardless of how you choose to support the Gardens on an individual basis, the Fête des Fleurs will be a chance for those who love the Denver Botanic Gardens to redouble their efforts and enjoy a lovely evening among like minds. Be sure to register in advance if you’re interested in attending.

When you call fine Denver residences like The Henry home, you’ll find that getting to hotspots like the Denver Botanic Gardens is but a simple task. In fact, you’ll soon learn that neighborhoods like these, in addition to putting you close to the action, have plenty of their own points of interest that make them such a joy to live in. Ready to see for yourself? Drop us a line, learn more about what The Henry has to offer, then make this your choice for superior Denver living.